Business leaders have to play a better political role 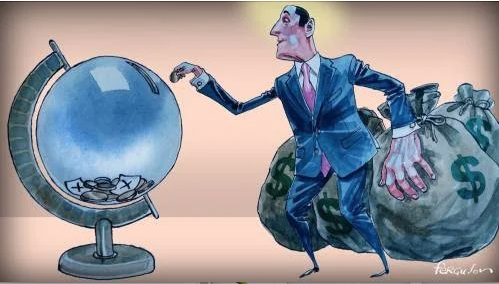 Like it or not, they are potent players in our fragile democratic politics and in global decision-making.

We in the western world confront two crises: a collapse in trust in our democratic political system and a planetary environmental threat. The former requires the renewal of common purpose at home. The latter requires not just common purpose at home, but shared global purpose. These are things business cannot provide. It will take effective politics, instead. A big question is whether business will be able to promote the needed political solutions or just create political problems.

A small gleam of light on the politics comes from a report out today from the Centre for the Future of Democracy at Cambridge, entitled The Great Reset. It concludes from opinion surveys in 27 countries, including all the western democracies, that the pandemic has strengthened trust in government and significantly damaged the credibility of populists. But it has not so far increased support for democracy. This is at least moderately encouraging. Trust in government is a necessary condition for action, especially when, as in the case of the environment, that means sacrifice.

A big issue, however, is where business fits in. This is a particularly appropriate question to ask this week, when the World Economic Forum, an organisation that brings global business leaders together, is meeting, albeit virtually.

Businesses operate within a system: market capitalism. This system is now globally dominant, at least in the economic domain. That is true even in today’s China. The essence of capitalism is competition. That has profound implications: competitive profit-seeking entities are essentially amoral, even if they are law-abiding. They will not readily do things that are unprofitable, however socially desirable, or refuse to do things that are profitable, however socially undesirable. If some try to do either of these things, others will outcompete them. Their shareholders may also revolt. Being or pretending to be virtuous may bring benefits to a company. But others may do well just by being cheaper. Society — at local, national and global levels — has to create the framework in which business works. This applies in all dimensions — labour law, social insurance, regional policy, financial regulation, competition policy, innovation policy, support for fundamental research, responses to emergencies, the environment and so forth.

What this might mean is the theme of a recent issue of the Oxford Review of Economic Policy on capitalism, which contains essays that undertake a challenging examination of the economics of contemporary capitalism. Crucially, the assumptions under which capitalism has evolved in recent decades are questionable and have had some highly perverse results. This is a really important volume (in which I was also involved).

Particularly important are essays by Anat Admati of Stanford and Martin Hellwig of the Max Planck Institute. Both consider the role of business leaders as influential but self-interested voices in setting public policy in company law, competition law, taxation, financial regulation, environmental regulation and many other areas. The outcome, they and other authors suggest, has been the emergence of a system of opportunistic rent extraction that creates uninsurable risks for the majority and vast rewards for a few. This has in turn played a big role in undermining confidence in democracy and increasing support for populists.

Crucially, this destroys the naive idea that it is possible to separate the role of profit-maximising businesses from that of politics in setting the “rules of the game”, as Milton Friedman famously recommended. Business has used its influence to set the rules of the game under which it then can play. It is not the only voice, of course, but it is a well-resourced and influential one. It is particularly influential in the US, much the most important western country.

The results are a form of capitalism that, for all its undoubted economic superiority over alternative systems, creates a highly unequal distribution of rewards and shifts unmanageable risks on to ordinary people. The result has been today’s politics of anxiety and anger. The financial crisis of 2007-12 played a big role in fomenting that anxiety and anger, as many tens of millions of innocent people suffered while the institutions whose behaviour caused the implosion were rescued. This is surely why rightwing populists, notably Donald Trump, ended up replacing more traditional conservatives.

Now, however, the pandemic has created an opportunity for a politics of competence and shared purpose. This gives us at least a chance to do better.

I believe there is a case for substantial reform of our form of capitalism, while preserving its essence of innovation and competition. This would not be unprecedented. The creation of the joint stock limited liability company was once a highly controversial innovation. So was the creation of social insurance. Today, however, the biggest issue, in my view, is the relationship among business, society and politics.

So, here are questions I would suggest business leaders engaged with the WEF should ask themselves. What am I as an influential individual, business leader and member of business organisations doing to increase the capacity of my country and the world to make sensible decisions in the interests of all? Am I mainly lobbying for special tax and regulatory treatment for our own benefit or am I supporting political action and activities that will bring the people of my divided country together? Am I prepared to pay the taxes that our success makes justifiable or am I exploiting every loophole that allows me to assign profits to tax havens that have contributed nothing to our success? What am I, my business and the organisations I am part of doing to discourage online harms, corruption, money laundering and other forms of dangerous and indeed criminal activity? What am I doing to support laws that will bring accountability to rogue business organisations and their leaders? What, above all, am I doing to strengthen the political systems on which successful collective action depends?

The pandemic has brought many lessons. But perhaps the most important is what can be done if the skills of private business are united with public resources to achieve urgent purposes. That is what makes the vaccine story so heartening (and the anti-vaxxer reaction so depressing). Business leaders are rational people in charge of important institutions. They have to appreciate the need to strengthen our capacity to make collective decisions sensibly. Like it or not, they are potent players in our fragile democratic politics and so also in global decision-making. They need to take this role seriously and play it decently and responsibly. For all the rhetoric we hear, this is not yet what we see. 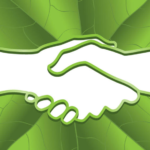 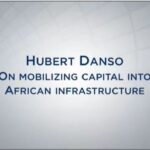 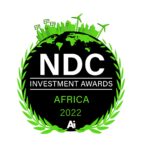 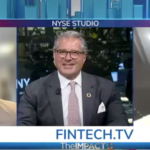 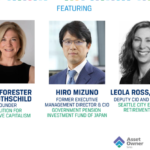